Join us for the University of Kansas Oboe Day with Guest Artist Mary Lynch on April 17! The day includes a master class, reed session and recital featuring the amazing Mary Lynch! There will be… More

It was a delight to record 2 wonderful works by the Ecuadorian composer Luis Humberto Salgado (1903-1977). Salgado composed Trio Selene in 1969 in honor of the first Lunar Landing. His Quinteto para Instrumentos de… More 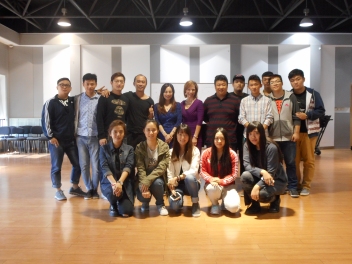 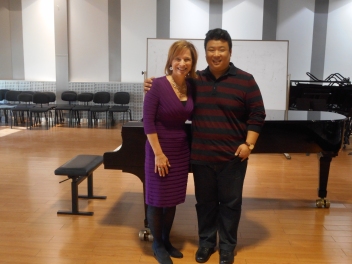 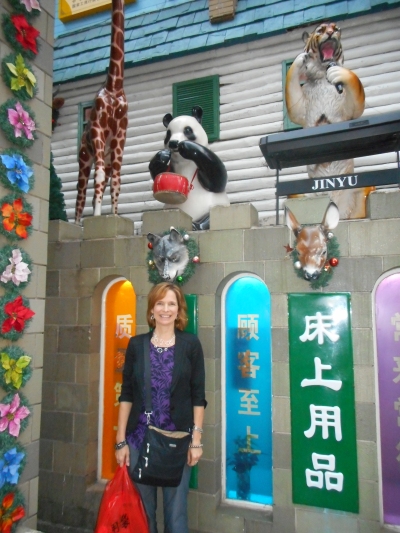 My new CD is now available through Etsy.  I hope you enjoy it!  Digital downloads will be available on CD Baby soon.  Stay tuned.

The exquisite words of Caryn Mirriam-Goldberg form the heart of Still Life, a poem about the quasi-religious experience of taking in the natural world. Together, the poetry and music evoke cold air, fragile light, and fluttering branches.

American composer Juliana Hall specializes almost exclusively in art song and vocal chamber music, both of which are musical settings of literary texts.  Likewise, the few instrumental works she has composed for family and friends who play musical instruments are also based on texts (although in these instrumental works the texts are not sung, but simply serve as inspiration for the music).  Hall’s best friend is Janet Popesco Archibald, Hall’s first roommate at Cincinnati’s College-Conservatory of Music where they both studied as undergraduate music students. “A Certain Tune” was written for Ms. Archibald, who for decades has served as English Horn soloist in the San Francisco Opera Orchestra.  “A Certain Tune” is a set of five instrumental “songs” based on poetry by early 20th-century American poet Sara Teasdale that speak of nature and humanity, of life and death, of friendship and love. As a gift for Hall’s friend, the work is a tribute to the ups and downs of life, the joys of lasting friendship, and the important mark one makes by one’s activities through life.  The music of “A Certain Tune” is meant to evoke the feelings and images embodied in the five Teasdale poems on which Hall based these instrumental songs, composed specifically for her friend’s particular musical instrument, and to celebrate a lifelong friendship that has grown through many years of change such as that described by Teasdale’s poetry.

After picking the title, For the Time Being, I realized just how often I use this expression in my daily life. When we say these words, we imply that whatever state we are in or whatever action we are performing is temporary and merely a fleeting moment. In reality, of course, all states and actions are temporary and our perception of permanence is an illusion. For the Time Being is the next exploration in a series of works examining this concept of passing time. For the Time Being was commissioned by The Greenbrook Ensemble, Nashville, TN for Flute, Soprano Saxophone and Piano. The oboe d’amore version was arranged for Allégresse.

Cathedral Grove was written largely while sitting on a bench deep in the heart of Muir Woods, north of San Francisco. A gray sky, cold air, and a strong morning rain kept the tourists from making the trip out to see the old redwoods, and I found myself largely alone under the big trees. From the ground, looking upward, the redwoods seemed a gathering of columns, like musical lines rising from earth to sky, or like a council of oboes, perhaps. From this place, this solitude, this vision came a new work for Margaret Marco in which a gathering of variations on a single phrase create a nest of silence, a circle of breath built on the same melody. The notes of the tune are themselves drawn

from traditional sacred cantillation, and take a pattern that spells out the same name over and over, like the DNA of the great trees the piece honors.

Circular Ruins is based on the short story by Jorge Luis Borges. A man floats down a river in canoe landing at a mysterious temple in the jungle. His purpose there is to imagine another person in his dreams so vividly and perfectly that they become real, embodied, with a life and consciousness of their own that persists beyond the dream. After several attempts and using various strategies the dreamer eventually succeeds – sending their creation off in a canoe floating downstream. The dreamer realizes at that moment that he is the dream of another dreamer upstream, who is the dream of another dreamer upstream… The composition is intended to capture the shadowy dream-like mood of the story created by Borges’s use of two metaphors for our understanding of time – a river and a circle. The musical characteristics of the piece – melody, harmony, rhythm, and form are all ‘circular’ – use imperfect repetition to express the cyclical nature of time while never quite returning to the same place.

All of the computer audio is generated ‘live’ by the computer software that was written for the piece drawing from a few samples of Margaret Marco’s oboe. Of particular note are the synthetic ‘bell’ sounds which were made by taking samples of multi-phonics and giving them the sharp attack and steady decline that a bell would have. Many of the percussive sounds are modified samples of key clicks and other sounds that can be made on an oboe without playing any notes.

Still Life, A Certain Tune and For the Time Being were recorded by Jason Slote at Kansas Public Radio, University of Kansas.

Circular Ruins was recorded by Brock Babcock in Swarthout Recital Hall, University of Kansas and mixed by Jason Slote.

Cathedral Grove was recorded by Jason Slote in the Bales Organ Recital Hall, University of Kansas. 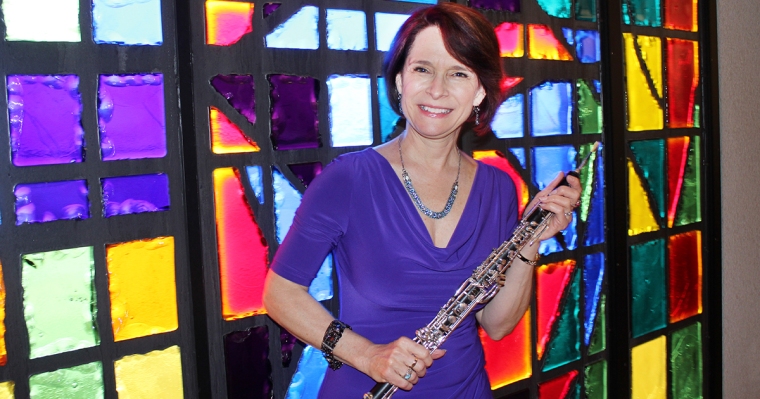 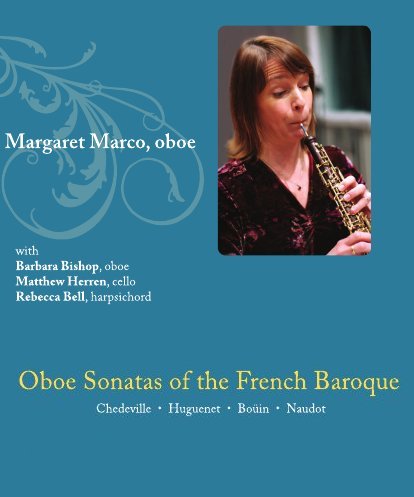 Album Notes
It is possible that the works on this CD have not been performed for 300 years. This is the first professional recording of these charming, evocatively colorful and, until now, cloistered sonatas. Not published in modern editions, the original prints of these works reside in the Bibliothèque Nationale in Paris where hundreds of such works from the Baroque period remain inaccessible to most oboists. This music from eighteenth-century France represents one of the most fertile eras of repertoire development for the oboe, yet it is also one of the most neglected by modern scholars and performers. Many of the pieces in this collection are well crafted and certainly worthy of performance. Besides being invaluable artistic works, these compositions could serve as excellent pedagogical pieces for teaching French Baroque performance practice. The intention of this CD is to bring this exceptional and currently untilled collection of music and its composers to the attention of modern oboists.
Nicolas Chedeville (1705-1782) was a celebrated musician, remembered both as a prolific composer and a champion of the musette, a favorite wind instrument of his day. He came from a long line of instrument makers and musicians. For the last fifty years of his life, he was a member of the Douze Grands Hautbois, an élite group of oboists and bassoonists who performed for military and state ceremonies during the reigns of Kings Louis XIV and XV.
The Sixième Sonate from his Troisième livre d’amusements champêtres was composed sometime before 1733 for musette, hurdy-gurdy, flute, oboe or violin and bass continuo. It was not uncommon for French composers of this time to list three, and often more, instruments on the title page of their work, perhaps to sell as many copies of their music as possible; composers were indifferent to the instruments on which their pieces were performed.Eighteenth-century wind musicians customarily negotiated both oboe and flute with equal ease and often owned more than one instrument.
The works on this CD, distinctive as they are, have certain commonalities. Eighteenth-century sonatas, typically written in collections of six, contained both French and Italian characteristics in varying degrees. Though hinting at Italian stylistic features found in Chedeville’s later works, the Op. 3 sonatas still present a distinctive French flavor, characterized by simple rhythms and textures, use of binary or rounded binary form with sectional repeats, and comparatively little sequential passage work. Many of the works demonstrate a preference for dance-inspired forms such as the courante, rigaudon, menuet, and tambourine. All of the sonatas in Chedeville’s third book, or Op. 3, are for solo treble instrument.
Chedeville had a predilection for colorful and often programmatic movement titles, as did many of his contemporaries. The operas of Lully did much to establish the oboe as the instrument best suited to represent all things arcadian. The names of sonata collections often alluded to a light-hearted or pastoral nature, as in Amusements champêtres (Rustic Amusements) or Festes champêtres (Pastorale Celebrations). Movement titles included La Rivier d’hier (The River of Yesterday), Dans noir bois (In the Dark Woods), or Entrèe de bergers (Entrance of the Shepherds). Pastoral themes were all the rage in the middle of the century. Instruments such as oboes, musettes, flutes, and hurdy-gurdies came into vogue between 1730 and 1740. These instruments were often made of ebony and ivory and were decorated with brightly colored ponpoms. As a popular pastime at Court, royalty donned the costumes of shepherds and played their pastoral instruments of choice for a hearty evening’s entertainment.
French compositions of the early 1800s often featured ornate, elaborate title pages or avertissements that contained a wealth of information, including the work’s title, possible instruments on which it could be performed, the publisher’s name and address (complete with directions to the publisher’s office if the address was not obvious), the composer’s name with a biographical word or two, the dedication, and an ornate border or picture etched around the text. Another important feature of the title page was the date of privilege: the date on which the composer received permission from the court to publish. The second page of the print included a lengthy and humble dedication to the composer’s patron who was customarily a member of the French aristocracy. The date of privilege and the dedication are historically significant. They provide the work’s approximate date of composition, and, based on the social standing of the dedicatee, a way to assess the demand for a particular composer’s work. From Nicolas Chedeville’s title pages, we learn that he was a composer in demand with commissions from several wealthy patrons.
Jacques Christophe Huguenet (1680-1729) was a French violinist and composer. He studied with Jean-Noël Marchand and followed his father and uncle into royal service as a violinist when he entered the chapelle in 1704. He was made an ordinaire of the Royal Chamber in 1710 and was a member of the Petits violons. His Premier oeuvre de sonates, six for violin and continuo, six for two violins and continuo, dedicated to King Louis XV, was published in Paris in 1713. The Italian leanings in this work are demonstrated by florid, sometimes virtuosic, sequential passage work, Italian tempo markings, lack of dance-inspired movements, adherence to a four-movement, slow-fast-slow-fast sonata form, chains of suspensions, and a more adventurous harmonic vocabulary.

Little is known about Jean-Francois Bouin, including his birth and death dates. From the title page of his works we know that he was a publisher and teacher of the vielle (hurdy-gurdy), for which he wrote a treatise. The date of privilege for this opus was April 26, 1748.
Jacques-Christophe Naudot (1690-1762) was well known in Paris as a flutist. The dedications he wrote in his works show that he had many aristocratic pupils and patrons. He is best known for influencing French flute music of his day by the virtuosity of his compositions and for popularizing the Italian solo concerto in French woodwind literature. His works, which comprise some of the most rewarding pieces produced by the French flute school, were reprinted many times and were appreciated by amateur players of his day. 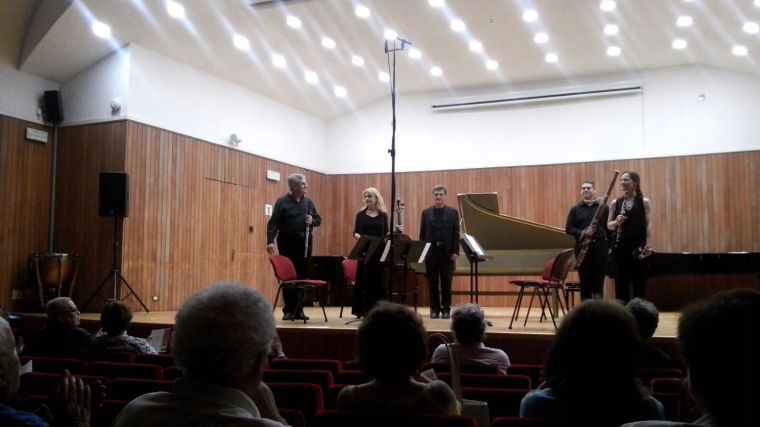 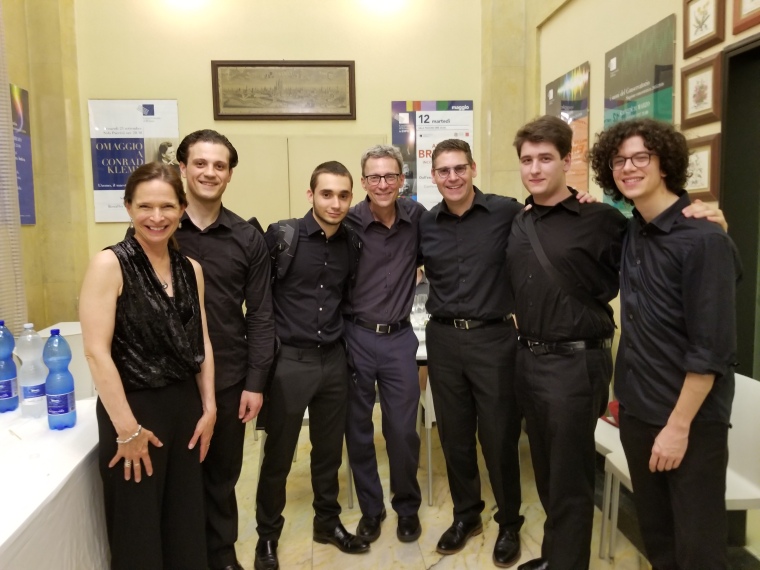 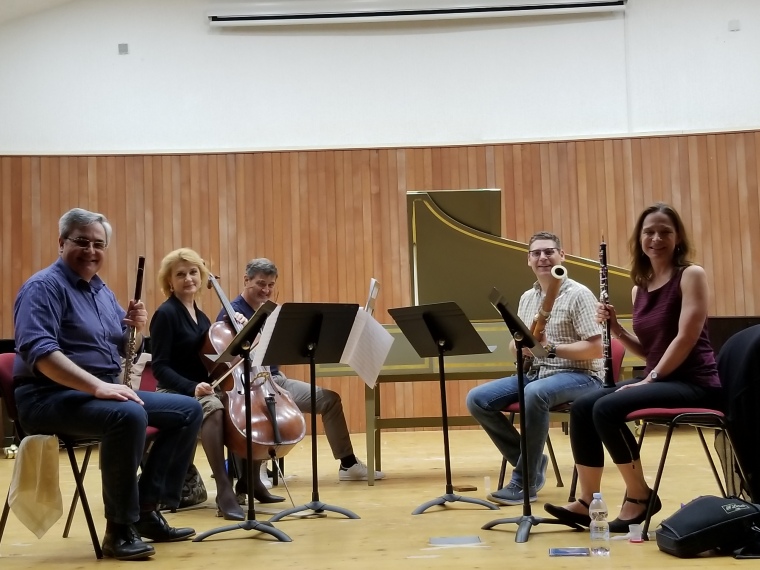 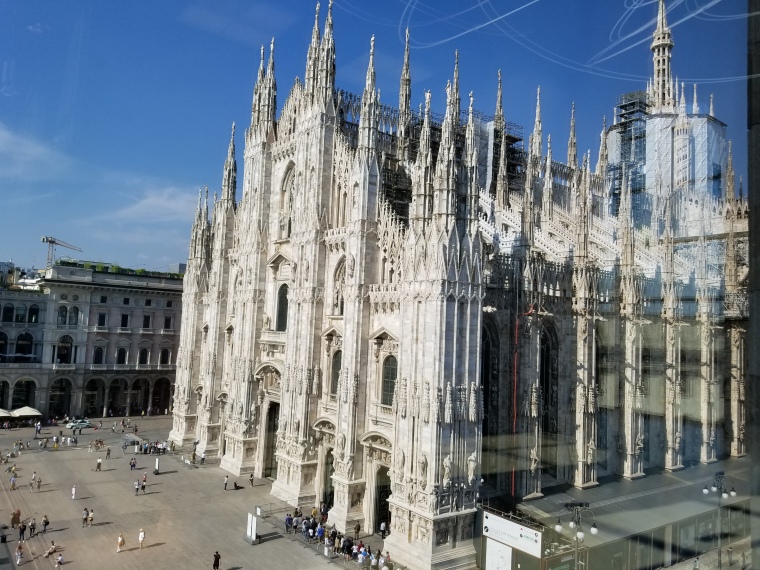 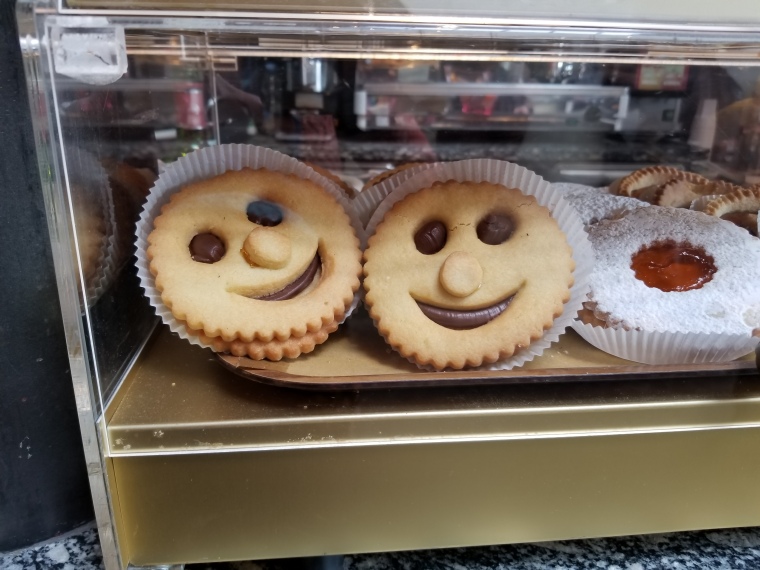 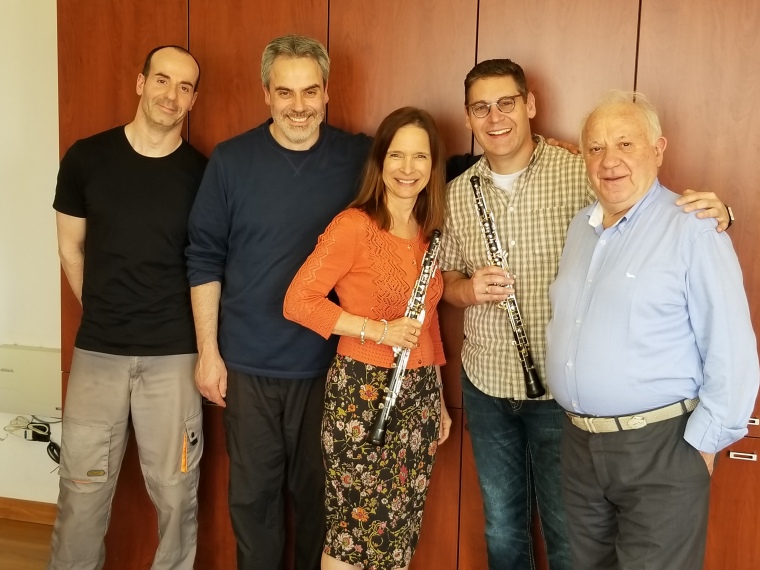 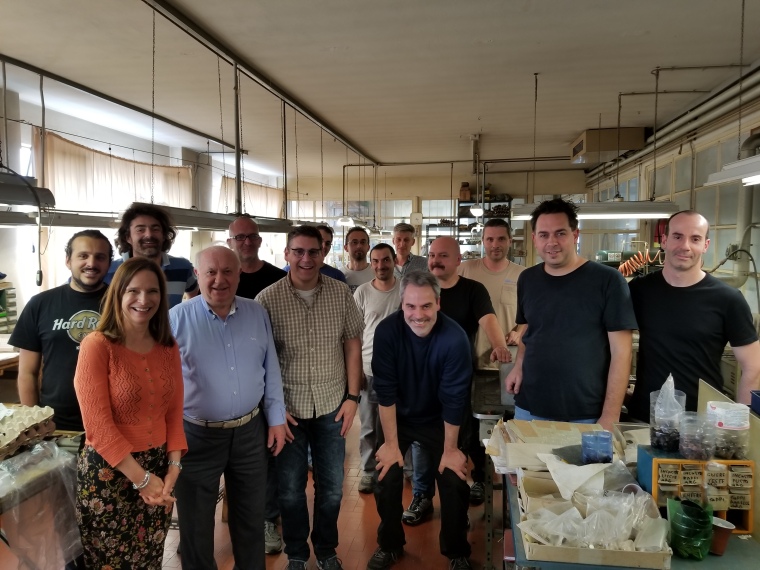 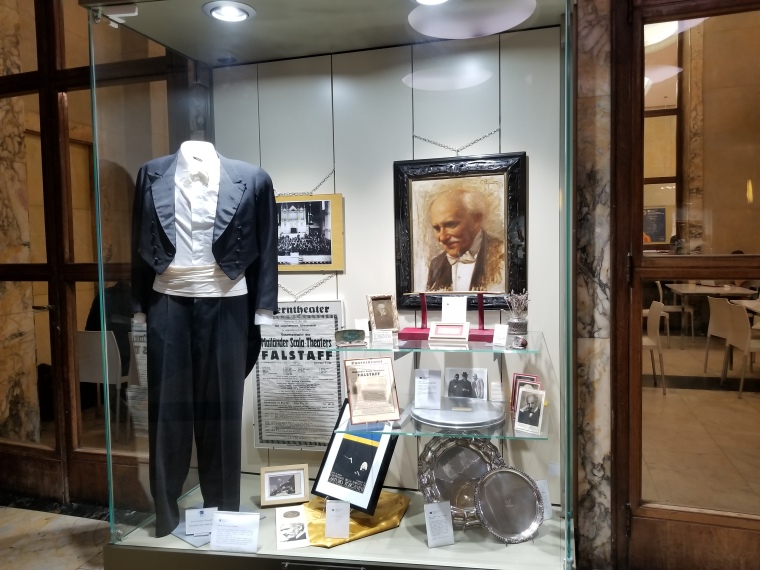 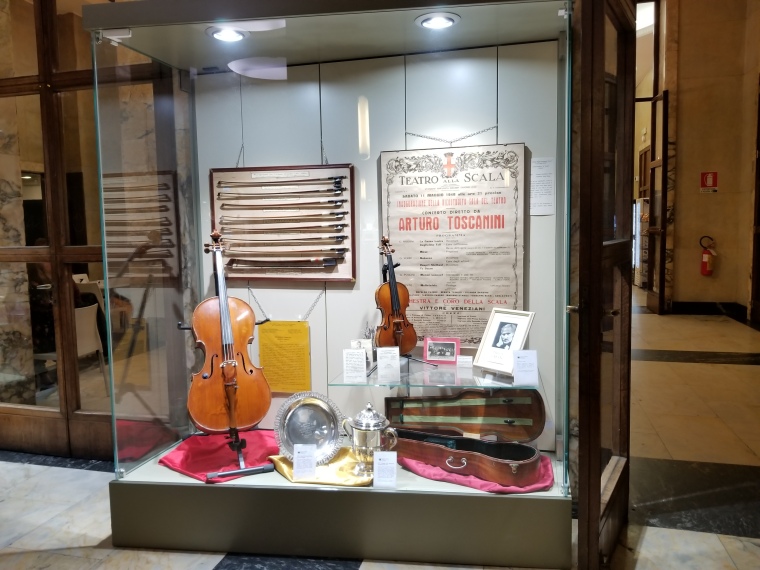 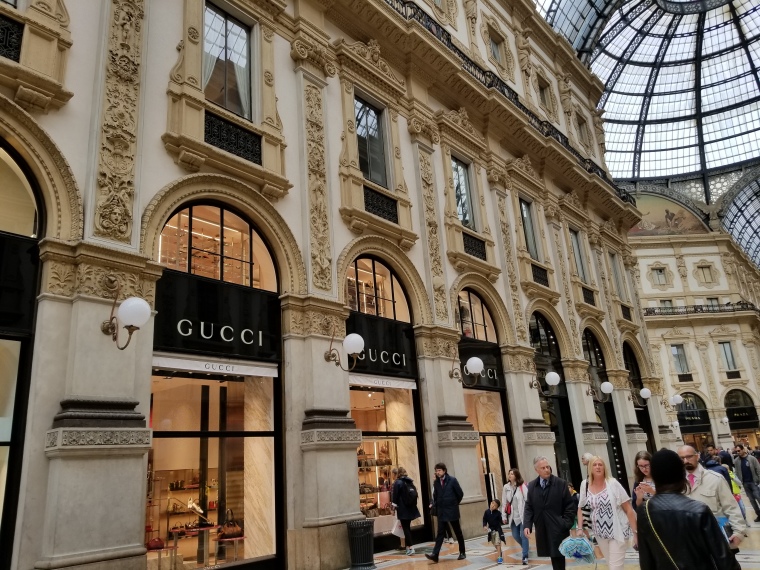 A wonderful collaboration between the University of Kansas School of Music and the Conservatorio di Milano in May 2018.

Margaret performs as principal oboist with the Navo Chamber Orchestra.  Check out their website and upcoming concert season.

An alluring work for oboe and soprano by Juliana Hall with Julia Broxholm, soprano recorded for Navona Records.